2018 Carbon Molecules Lab Activity (Chapter 2.3)
starstarstarstarstarstarstarstarstarstar
by Kathy Egbert
| 22 Questions
How do we clean up oil spills in the ocean?
1
1
Some of the methods used to clean up oil spills are:
A booms surround spills and help to contain them
B skimmers can be used to scoop up the oil
C spraying emulsifiers containing surfactants that adhere to the oil
D nanofibrillated cellulose which acts like a sponge
E all of the above plus many more
2
1
An oleophilic surfactant means that it "loves" oil and adheres to it.
True
False
Demonstration 1: Polymers - Use in environmental clean-up of oil
When a polymer comes in contact with a liquid hydrocarbon (crude oil, diesel fuel, and gasoline) the free hydrocarbons bond to the polymer forming a solid mass. The hydrophobic properties of the polymer cause it to float on water, but the density of the polymer is great enough to allow it to sink through the hydrocarbon and maximize the bonding potential. There is no need for mixing since the polymer bonds to the free hydrocarbons automatically and encapsulates the liquid hydrocarbons in about five minutes.
3
2
After the demonstration, you will have an opportunity to feel the oil-saturated polymer. Describe how the polymer feels? Describe its odor.
Demonstration 2: Polymers - Use in Commercial Processes
<> Notice how the sheets of polymers are stretched as they go over rollers. Using less packaging materials cuts the cost to the manufacturer and increases profits.

Polymers are long chains of molecules. Their natural state is similar to a knotted up string. These polymers can be heated and stretched out to make flat materials used for packaging. The high heat of the process locks the molecules into their “stretched out” state. If heat is used to break these “stretched out” bonds, then the material returns to its original size. Packaging materials are often lined with other materials such as aluminum and paint—these layers are still bound together in the shape of the object. So, although the polymer chains bunch back into their natural shape, the overall shape of the object is maintained.
4
1
The original potato chip bag is smooth and forms an even rectangular shape.
True
False
5
1
After the heat treatment, the potato chip bag is wrinkled, hard and brittle, and less than a fourth of its original size.
True
False
6
1
The layer of the potato chip bag that has the advertising print on it for the product is still readable after the heat treatment.
True
False
Experiment 3: Water Absorbing Polymer Sodium Polyacrylate

Some molecules are very large and others are small. A single molecule is called a monomer – mono means one and mer is the suffix for unit. So, a monomer is a molecule of a single unit. If the prefix poly means many, then a polymer is a large molecule made up of many smaller units, which are joined together. Some polymers are made up of millions of monomers.

What can a polymer do? Polymers play a large role in our everyday lives. Synthetic polymers have a multitude of uses from something as simple as a Styrofoam coffee cups to plastics, adhesives, fabrics, paints, rubber, polyester, gelatin, or even a life-saving artificial heart valve. The world as we know it today could not exist without these long chains of molecules called polymers. 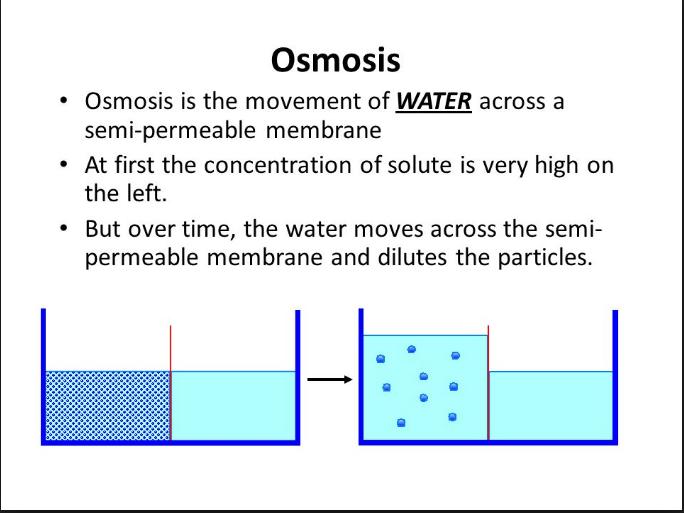 Instructions (1 out of 5)
1. Pour water into your beaker and measure out 100 ml
2. The next step requires you to work with your partner.
7
1
Which of the following best describes the consistency of the products in the Ziplock bag?
A the water didn't react with the polymer
B the water stayed liquid and runny
C the water was absorbed by the polymer and became semi-solid
Instructions continued (2 out of 5)
3. Use the beaker to measure out an additional 100 ml of water
8
1
Based on what you know about polymers, predict whether the polymer can hold an additional 100 ml of water.
A No way. It is too much water.
B Yes, because polymers are such long chains of hydrocarbons that they can continue to stretch and stretch
C I'm not sure.
Instructions continued (3 out of 5)
4. Again with the help of your partner, open the Ziplock bag and pour an additional 100 ml of water into the bag.
5. Close the bag and reseal it.
6. Massage the bag again to be sure to mix up the water with the polymer solution.
7. Continue adding water in smaller increments until you reach the maximum that it will hold (instead of being semi-solid it will be runnier).
9
1
Add up all the amounts of water that you added before it wouldn't stay solid. Record the amount here in ml.
Instructions - continued
7. Remember from the background material that salt (sodium ion) is attached to the polymer to help draw the water into the polymer through the membrane on the diaper. This works well so long as the diaper is exposed to regular water.
10
1
Using this information about how salt is attached to the polymer, predict what will happen when you add salt to the mixture causing a change in the concentration gradient.
A nothing will happen - no reaction
B I'm not sure
C it will return to a more liquid state
Instructions continued (4 out of 5)
8. With the help of your partner, open the Ziplock bag and add the premeasured salt into the polymer solution.
9. Close the Ziplock bag and massage it.
10. Observe
11
1
The polymer mixture changed from its semi-solid state back to a more liquid state.
True
False
Instructions continued (5 out of 5) - Clean up
+ Discard the empty salt Ziplock bag.
+Be sure that the Ziplock bag with the polymer mixture is sealed completely. Throw it away in the trash can.
+Be sure your lab station is clean and any spills are wiped up.
12
1
After observing what happened when salt was added to the polymer, theorize about what might happen to a urine-filled baby's diaper if left on an ocean beach where it would get wet.
Ocean water is very salty.
13
1
When the salt was added and the polymer solution became more runny, chemical bonds must have been broken in the reaction.
True
False
Demonstration & Participation 4: Cell membranes are composed of a bi-layer of phospholipids with a polar head and a non-polar tail
Cell membranes surround a cell and physically separates the inside materials from the outside environment. To do this, the cell membrane has to have unique properties and this occurs because it has a phospholipid bi-layer—one end hydrophobic (not liking water, non-polar) and one end hydrophilic (liking water, polar).

The polymer used in the baby diaper was hydrophilic (attracted to water). Hydrophobic molecules can also be attached to polymers making them hydrophobic (repels water).
Watch the demonstration.
As directed, you may have a turn feeling the hydrophobic sand.
Be sure to clean your hands over the trash can (not the sink!). 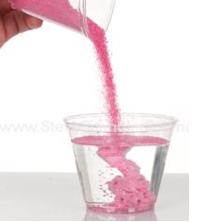 14
1
Describe how the sand felt out of the water.
15
1
Describe how the sand felt in the water.
Experiment 5: Properties of Lipids
+ Lipids are large molecules and have the ability to stretch and change shape.
+ Using your chromebook, open a stopwatch/timer app (no cell phones today).
16
1
Predict how long it will take for the bubble to break.
17
1
What was the actual time it took for the bubble to break?
Experiment 6: Properties of Lipids (Fats) and Proteins

Milk is mostly water, but it also contains vitamins, minerals, proteins, and tiny droplets of fat suspended in solution. Fats and proteins are sensitive to changes in the surrounding solution (the milk).

You are going to observe how the weak bonds that hold proteins in solution are altered; how fats cluster to form micelle causing motion; and how lipids break the cohesive bonds in water that create surface tension.

18
2
Create a hypothesis before you begin this experiment. If fats break bonds, then ...............fat content will make the reaction occur .........
A lower .....faster.
B lower.....slower.
C higher.....faster
D higher.....slower.
E B and C could be used to complete the hypothesis
Instructions
You and your partner need to prepare your plates so that you can run your test at the same time because you will be comparing which plate has the faster reaction and whether the reaction causes more movement or not.

2. Go to the location where the milk is set-up. Use the beakers by the milk to measure out 40 ml

3. Go back to your table and pour your milk onto your plastic plate. Return the beaker to the front so someone else can use it. (Be careful not to mix up the beakers with the other milk product)

Setting up the Control - we need to know if the reaction is occurring due to the adhesive properties of water that create surface tension or if the reaction is caused by the interaction of lipids (fats) and proteins in the milk
Each of you take one dry Q-tip and place one end in the center of your plate. Observe.
19
1
There was no significant movement when the dry Q-tip was placed in the center of the plate of milk.
True
False
Be sure that you and your partner start the next step at the same time
1. Plan to observe whether you think one plate reacted faster than the other; and also plan to observe if there is more movement in the whole milk verses the skim milk

2. Take the same Q-tip that you used for the control and dip the opposite end in the soap provided in your materials tub. You don't need much but make sure the tip has absorbed some soap.

3. Be sure that you and your partner do the next step together - at the same time each of you place your Q-tip with the soap end into the middle of your plate of milk

4. Observe.
20
1
Because we had a control that showed there was no movement when the dry Q-tip broke the surface tension of the milk, we can claim that the movement was caused by the lipids (fats) breaking water and protein bonds in the milk.
True
False
Clean up. No one leaves until everyone in the class room has completed cleaning up.
Pour the milk contents down the drain and wash your plate.
Dry the plate before returning it to the tub for the next class to use.
Be sure to throw away your used Q-tip in the trash can.
Be sure the dish soap lid is securely placed on the bottle.
Wipe down your table and make sure you have cleaned up any spills.
21
0
Last Name FirstName
22
1
Class Period
Add to my formatives list